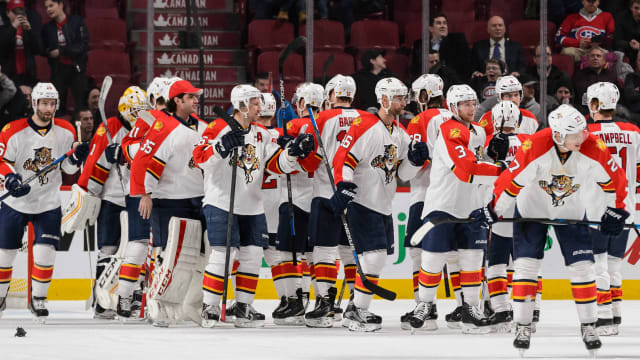 The Florida Panthers are the latest team from the American state to batten down the hatches in preparation for Hurricane Irma.

The NHL team have chartered a plane to shuttle players, coaches, staff members and their families to Boston on Friday ahead of the category five storm's impact.

Panthers chief executive officer Matthew Caldwell revealed that the team are even preparing to open training camp and begin practicing up north next week if necessary.

"We have the facilities in Springfield and could start camp there if we had to," Caldwell told The Miami Herald.

"We hope this is just a couple days up in Massachusetts and a flight home. But we don't know what's going to happen, don't know what we will sustain.

"We have a good mix of players going up there and they'll have great facilities in Boston. Hopefully everything works out here and we can fly them back in a few days."

While the majority of the team heads to Massachusetts, Caldwell and a few members of his staff will take shelter in the BB&T Center with emergency equipment on hand in case anything happens.

"I think the arena will make for a pretty good shelter," added Caldwell. "If anything were to go wrong, I think it's good we'll be close and ready to react. We have told Broward County we're all in for them. Anything they need from us, they've got it."

A number of sporting events, including Sunday's NFL meeting between the Miami Dolphins and the Tampa Bay Buccaneers and numerous college football games involving Florida teams, have been postponed, moved and/or cancelled as Hurricane Irma nears the United States and bears down on Florida.

In an effort to help those affected, Atlanta Motor Speedway will open its camping and RV facilities for evacuees from Thursday.