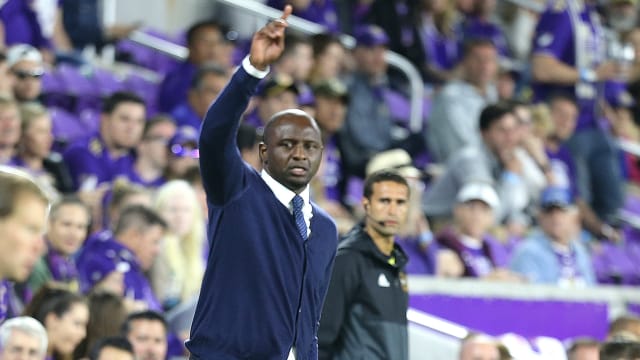 No David Villa, no worries for New York City, who recorded a late 1-0 win at home to Sporting Kansas City in MLS.

Injured on international duty after being called into the Spain squad for the first time since the 2014 World Cup, New York captain and the league's leading goalscorer Villa missed Wednesday's clash.

But Jack Harrison stepped up with an 84th-minute winner to help Patrick Vieira's New York extend their unbeaten streak to five matches.

After team-mate Sean Okoli rattled the crossbar early in the second half, Harrison volleyed home the winner with six minutes remaining at Yankee Stadium.

JACK ?@Harrison_Jack11 comes through late with his 5th goal of goal season to put #NYCFC on top vs. @SportingKC... pic.twitter.com/uVWgpLBW9Y