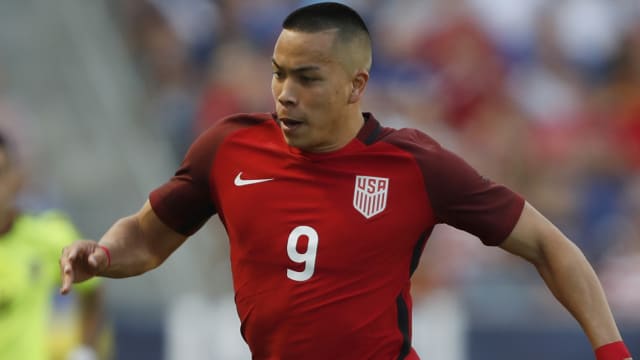 The United States avoided back-to-back defeats after salvaging a late 1-1 draw in Honduras to keep their hopes of automatically qualifying for the 2018 World Cup alive.

Stunned by Costa Rica last week, USA faced another major blow on Tuesday when Houston Dynamo star Romell Quioto put Honduras ahead in the first half of the CONCACAF qualifier in San Pedro Sula.

The score remained 1-0 as Honduras looked set to leapfrog USA into the third and final automatic berth for Russia 2018 until substitute Bobby Wood bundled home the equaliser with five minutes of regulation time remaining.

Honduras were reduced to 10 men in the closing stages, Henry Figueroa picking up a second yellow card.

USA are still third in their quest for an eighth consecutive World Cup appearance, ahead of Honduras - who occupy the play-off spot - on goal difference after eight games, though they could drop out of the automatic spots later on Tuesday with fifth-placed Panama set to host lowly Trinidad and Tobago.

There were just two changes for Honduras, who overcame Trinidad and Tobago 2-1 last week. Brayan Beckeles and Ever Alvarado came in for Felix Crisanto and Emilio Izaguirre.

USA - 6-0 winners in the reverse fixture - were greeted to hot and humid conditions at Estadio Olimpico Metropolitano, and the Americans struggled in the warm weather.

In a scrappy and physical first half, it was Honduras who looked the more likely to score, and the hosts did just that approaching the half-hour mark thanks to Quioto.

Quioto outpaced Gonzalez, speeding past the American defender and curling the ball past Guzan, off the post and into the net as another MLS-based player haunted USA following Marco Urena's brace for Costa Rica.

USA rarely threatened Honduras and while they managed to get in behind, goalkeeper Luis Lopez was quick off his line to deny Morris before half-time.

The second half was similar to the first, with intensity and standard lacking in the trying conditions as Arena's side desperately sought a leveller.

An equaliser appeared unlikely, until Wood came off the bench and rescued the Americans in the 85th minute.

Lopez was left scrambling after Acosta's free-kick and Wood was on hand to smash the ball into the back of the net for what could prove to be a precious point, with Figueroa seeing red late on for Honduras.