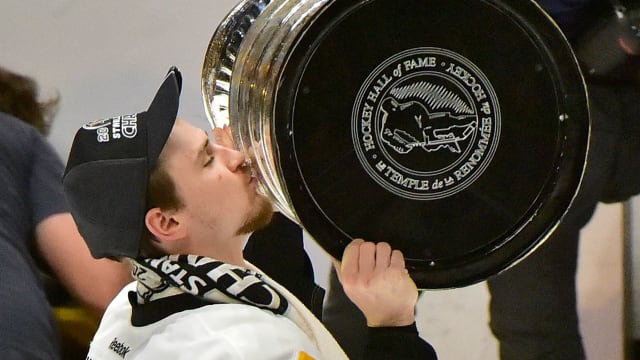 The Stanley Cup has held lots of babies, but it has rarely hosted a baptism.

Pittsburgh Penguins right winger Josh Archibald had his three-week-old son, Brecken, baptised in the trophy during a ceremony held in Brainerd, Minnesota, on Wednesday.

The last time the Cup was used as a baptismal font was in 2008 when Detroit Red Wings left winger Tomas Holmstrom arranged for his seven-week-old niece to be baptised after they defeated Pittsburgh in the Finals.

Hopefully the silverware had been cleaned beforehand after Penguins right winger Phil Kessel used it as a bowl for his hot dogs earlier this month.