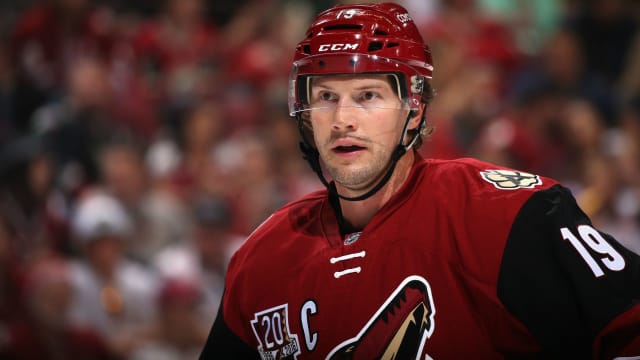 After spending more than two decades on the ice, Shane Doan is hanging up his skates.

In a heartfelt letter to fans published on Wednesday in the Arizona Republic, the former Arizona Coyotes forward announced his retirement from the NHL following a prosperous career that spanned 21 seasons.

"I could not fathom at the time that I would end up playing in Arizona for the next 21 years, raise a family and call this place home. But that's exactly what happened.

"And that's why this has been one of the hardest decisions I've ever had to make. I'm retiring from the NHL."

Doan, the seventh overall pick of the Jets in the 1995 NHL Draft, was the last active member of the first iteration of the 1995-96 squad before the franchise moved to Arizona the next year.

After serving as the team's captain from 2003 to 2017, Doan was informed on June 19 the Coyotes would not be re-signing him and he became an unrestricted free agent.

"I felt an indescribable wave of emotion to have the support that I've had over the years from the fans throughout all of the uncertainty," Doan wrote.

"You have always defended me and supported me. Playing in front of you has honestly been one of the greatest experiences of my life."