Beale hopes Force fans get behind Wallabies in Perth 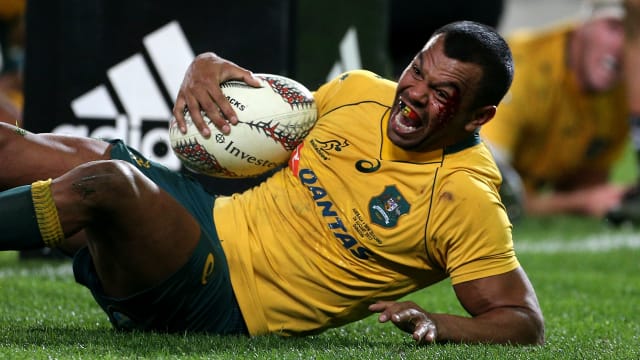 Western Force are continuing to contest their axing from Super Rugby but Kurtley Beale hopes the fans will give Australia their backing when they take on South Africa in Perth next weekend.

The Wallabies will entertain the Springboks at nib Stadium having suffered defeat in their opening two Rugby Championship matches against defending champions New Zealand.

Although the Force's future is mired in uncertainty following the Australian Rugby Union's decision to cut the franchise from Super Rugby, a move that is being fought in the courts, Beale is hoping for strong support when the national side come to town.

"I think rugby's been played over there for a long time now and with the Force coming in, it gave them a team to follow, but hopefully we get a lot of strong support down at nib Stadium," said Beale.

The Force have six representatives in the Wallabies set-up, including Dane Haylett-Petty and Tatafu Polota-Nau, and Beale admitted it is proving a difficult time for those players.

"You can see the boys are a bit rattled and they're disappointed about it," said the Waratahs centre.

"I think they want to just get that decision out and get the decision made and move on.

"Obviously, it's a difficult time for them and their families that they're going through, so we're making sure we're always there to help out if they need it."