Stokes on brink of ban after ICC reprimand 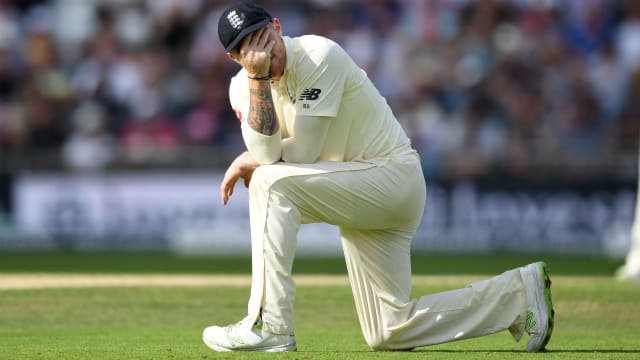 England vice-captain Ben Stokes is dangerously close to receiving a suspension with the Ashes looming after being reprimanded for making an inappropriate comment during the second Test with West Indies.

Stokes admitted a charge of "using language or a gesture that is obscene, offensive or insulting" on day two at Headingley.

The 26-year-old accepted a proposed sanction of an official reprimand, while a third demerit point has been added to his disciplinary record. Any player picking up four or more within a 24-month period receives a ban.

England will be desperate for Stokes to avoid a suspension given their next Test series comes against old rivals Australia. Joe Root's side have one further match against West Indies, at Lord's next month, before their trip to the southern hemisphere.

An ICC statement revealed Stokes had been charged for "making an inappropriate comment which was clearly audible through the stump mic and also heard by the match officials", after a delivery had been edged for four by Shai Hope.

Hope and Kraigg Brathwaite each made centuries on Saturday as the Windies - 1-0 down in the three-Test series - rallied superbly to reach 329-5 and lead by 71 ahead of day three.