McGregor to weigh up options after Mayweather defeat 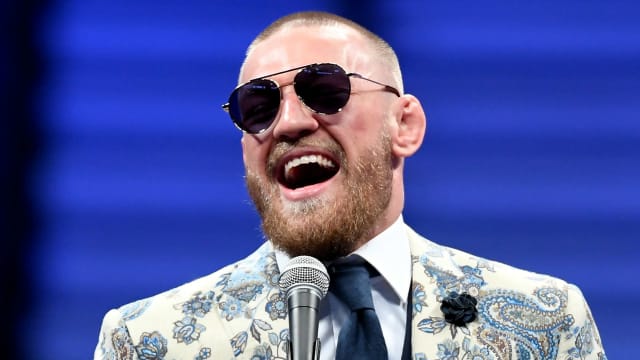 Conor McGregor will take time to weigh up his options in boxing and UFC after being stopped by Floyd Mayweather Jr in their Las Vegas showdown.

The Irishman put in an accomplished performance in his first outing in the squared circle, but was ultimately outclassed by Mayweather, who earned a TKO victory for his record-breaking 50th career win.

UFC president Dana White spoke of his desire for McGregor to return to the Octagon, but the UFC star says he will listen to all offers.

"I'm certainly open, I'm open to what the UFC and what WME-IMG [the promotion's owners] want and if [others] want me to come over to boxing, we can certainly talk," McGregor told the post-fight news conference.

"I'm young. 29 years of age. I don't think the fighting world, or boxing world, has seen a man as confident as this come in. At this age and with this amount of accolades, records and this amount of revenue generated. I'm certainly open to more options.

"I have, certainly, many contenders in the mixed martial arts game. I've a trilogy bout with Nate Diaz that is sitting there.

"I've options. I'll see what's what. I'm here to fight and I'm certainly fresh to fight. I was not badly damaged there; it was fatigue. So we'll see what offers come on the table."

Many fans and pundits scored McGregor as winning the first three, and in some cases four, rounds of his fight with Mayweather, but two of the judges had the fight scored as 89-81 - giving McGregor just the first stanza.

McGregor feels that was a misrepresentation of the bout.

"I think that's very biased," he added. "I'm actually shocked at that. I thought I won the first three rounds clearly. The fourth round could be argued either way. Let's say 3-1.

"I thought it was 5-4." @TheNotoriousMMA on the fight before the stoppage. #MayweatherMcGregorpic.twitter.com/1lFSzI7ugF

"He started to take over, and then I thought I snuck in round eight. Then he won nine and got the stoppage in 10. So what's that, 5-4? But in reality, all that means nothing. He got the win.

"I would have liked to have seen the final bell. I think I deserved to see the final bell, but what can you do? You can say what you want, but I worked so hard for this."