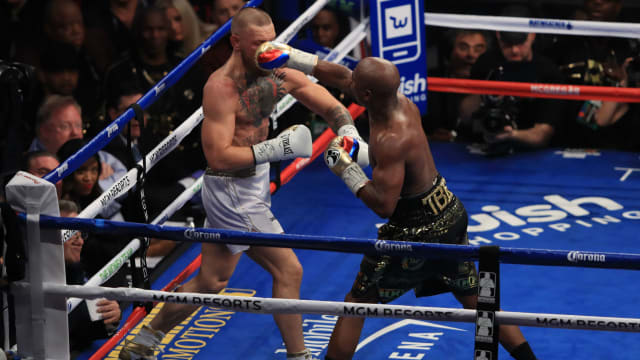 Conor McGregor came up short against Floyd Mayweather, but graciously embraced his rival before vowing to take over the Irish whisky market!

The UFC star went toe-to-toe with the boxing veteran on his first professional outing in the squared circle before Mayweather's experience and ring craft shone through to earn a 10th-round stoppage.

With all the talking done and the scores settled, the two men shared a hug as McGregor took to the stage for his post-fight news conference.

Dolled up in a typically lavish, outlandish suit, McGregor also brought along his own brand of whisky and is seemingly keen for a share of that particular pie as well.

"I'm going to take over the Irish whisky market," he gleefully exclaimed.

"This is delicious, so keep your eyes out."