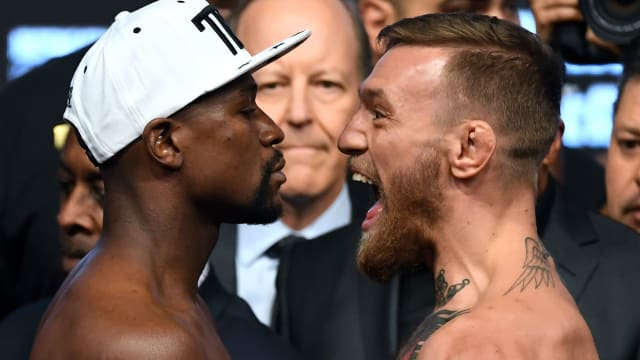 The time for trash talking is over, with the superstars ready for a fight billed as one of the biggest in history.

Out of retirement at 40 years of age, Mayweather seemingly has more to lose - his undefeated record after 49 fights included.

A win in the boxing ring for UFC champion McGregor would go down as one of the biggest shocks in history.

The main event has arrived!!! #MayweatherMcGregor#Mayweather#McGregorpic.twitter.com/ksSLyUztK9

The moment has almost arrived.