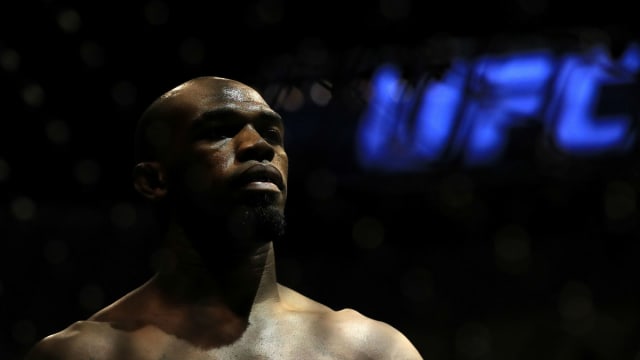 UFC president Dana White concedes Jon Jones' failed drug test could hardly have come at a worse time for the sport of MMA as its leading light Conor McGregor prepares to take on Floyd Mayweather Jr.

McGregor, the UFC's lightweight champion and former featherweight champion, will make his professional boxing debut in Las Vegas on Saturday in a bout that is set to generate hundreds of millions of dollars and has captured the attention of the sporting world and beyond.

However, news on Tuesday that light heavyweight champion Jones had tested positive for a banned substance gives UFC a headache as they grapple with the globe's attention.

Jones returned a positive sample a day before defeating Daniel Cormier at UFC 214 to regain his light heavyweight title. It is the second time Jones has tested positive for banned substances in his career.

"These never come at a good time. They're always bad - especially with someone like Jon Jones.

Dana White and Jeff Novitzky speak to the media about Jon Jones. Watch in full: http://bit.ly/2iofHUd

"Wherever you sit in MMA... in my opinion he's the best ever to do it and that makes it even more unfortunate."

White suggested that Jones will be stripped of his title if a doping offence is confirmed and the belt would be returned to Cormier.

The UFC's head honcho also confirmed that he had planned to enter Jones into the heavyweight division with a potential bout against champion Stipe Miocic in the pipeline. Now White fears that Jones' career could be over.

"If he ends up getting two or three [years] it might be the end of his career," White added.

"Talk about his legacy, it might be the end of his career.

"You look at the potential that this kid had and what he could have been.

"I mean look at Conor right now, look at Conor McGregor, imagine what Jon Jones could be right now. The list goes on and on with the 'what could have been' with Jon Jones."

White reported that Cormier's response to the news was: "Holy s**t, this is crazy."

White added: "He's in Hawaii with his family on vacation. He couldn't believe it either. He felt the same way that I did - blown away."