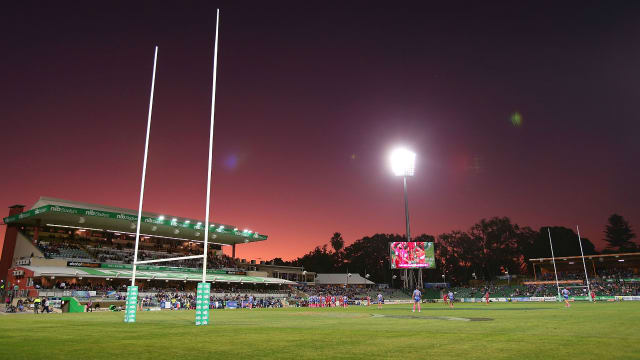 A New South Wales Supreme Court judge adjourned a hearing after RugbyWA was granted the right to appeal against the Australian Rugby Union's (ARU) decision to axe Western Force from Super Rugby.

RugbyWA was on Wednesday given the opportunity to formally challenge the ARU's move to remove the Perth franchise from Super Rugby.

Justice Hammerschlag was unable to reach a verdict in the Sydney Court and stated that he is not confident of making a decision as early as next week.

Australia had to sacrifice one of its five Super Rugby participants as the regional governing body - South Africa, New Zealand, Australia and Argentina Rugby (SANZAAR) - reduces Super Rugby from 18 teams to 15 in a bid to cut costs.

Western Australian businessman Andrew Forrest on Tuesday met with ARU board representatives, who refused a request to reinstate the Force in Super Rugby.

Forrest has offered to back the club, but the governing body maintain it is only viable to enter four Australian teams in the competition.

ARU chairman Cameron Clyne said: "We were genuinely appreciative of Andrew's generous offer to back the Western Force and Australian Rugby, however, given the position we are in we are unable to work towards retaining five teams in Super Rugby.

"We are at the final stages of this process and Australian Rugby's constituents have voted to reduce Australia's Super Rugby representation to four teams and we have made commitments to SANZAAR.

"We were asked about the possibilities of retaining the Western Force in a 16-team Super Rugby competition, however a 16-team competition was eliminated by SANZAAR during its review process based on a number of factors.

"These factors included the extensive cost and limited appeal of a 16-team round-robin competition, player welfare issues due to extra travel requirements, and the loss of popular home and away 'derbies' in each country.

"Our decision to discontinue the Western Force Super Rugby licence is subject to appeal and we await the outcome of this process before making any further comment on the matter."