Mayweather was the first to make his grand arrival at Toshiba Plaza and spoke with media and fans before he and his large entourage left.

As they were leaving, they crossed paths with McGregor's team. 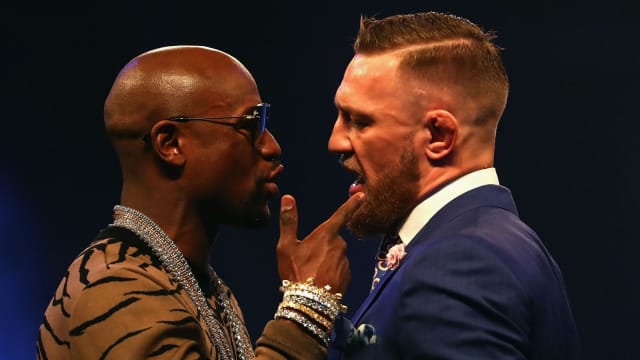 A lot of shouting, along with some pushing and shoving, ensued as McGregor had to be pulled away from the scrum.

Part of the clash was between McGregor and former sparring partner Paulie Malignaggi, who stopped working with the Irishman after the UFC star posted a video that showed McGregor knocking him down during a sparring session.

"We owe the fans an exciting fight." @FloydMayweather has arrived for #GrandArrivals@TMobileArena! #MayweatherMcGregorpic.twitter.com/GmwExosPkS

"I'm going to be ruthless in there." #ConorMcGregor@TheNotoriousMMA#MayweatherMcGregorpic.twitter.com/GdeTWkOate

It is unclear what actually sparked the confrontation, but it is just the latest incident in what has been an interesting buildup to Saturday's fight.