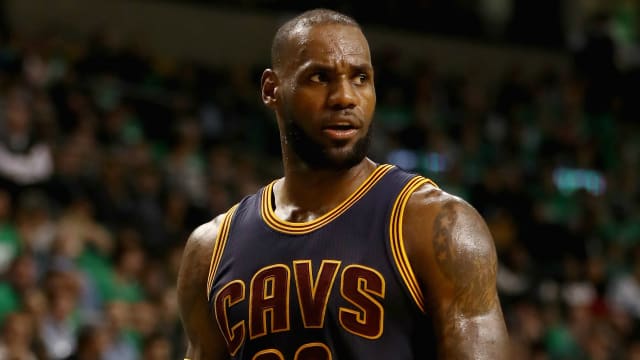 When Kyrie Irving was traded to the Boston Celtics on Tuesday, many wondered how LeBron James would react to the news.

Irving had asked for a trade from the Cleveland Cavaliers this offseason, citing a chance to play out of James' shadow.

As an experienced member of the chose-to-play-outside-of-Cleveland club, James made sure Irving enjoyed a graceful switch.

A Twitter user posted a video initially implying Cavs fans should burn Irving's jersey - like they did James' when he left for the Miami Heat - but instead, a piece of paper appeared with a message thanking Irving for his services.

James was a fan of the initiative, calling Irving a "special talent".

That's the only way to be to the kid! Special talent/guy! Nothing but respect and what a ride it was our 3 years together Young Gode #Filayyhttps://t.co/wKYmYsmdgG

The former team-mates will not have to wait long to face off, considering the Cavs and Celtics will play each other in the first game of the NBA season.