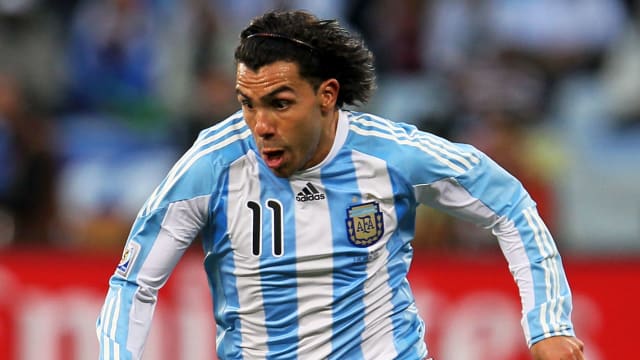 FIFA has condemned Fancy Bears for publishing a list of players who were allegedly permitted to use prohibited substances for medical reasons at the 2010 World Cup.

The hacker group on Tuesday leaked a document which claimed that Argentina's Carlos Tevez, Diego Milito, Juan Sebastian Veron and Gabriel Heinze were among 25 footballers who were granted Therapeutic Use Exemptions (TUEs) during the tournament in South Africa.

Netherlands forward Dirk Kuyt and Germany striker Mario Gomez were also named on the list, which detailed substances that certain players were granted permission to use due to health concerns.

There is no suggestion in the leaked document that any of the players named had breached anti-doping regulations.

In response, football's world governing body was critical of the hacker group.

"FIFA condemns in the strongest terms the publication by the Fancy Bears group of information obtained illegally, particularly personal and medical data from athletes," a FIFA statement read.

"The release of such information constitutes a clear violation of the athletes privacy and puts at risk the ongoing fight against doping.

"All potential violations of the anti-doping regulations are handled by FIFA in accordance with WADA regulations. We have no further comment at this stage."

The list was published as part of a release that included claims that 160 unnamed footballers failed doping tests in 2015.

Fancy Bears revealed what it said was a document from the World Anti-Doping Agency (WADA), detailing examinations carried out across world football.

In a statement posted via their website accompanying the documents, Fancy Bears said: "Greetings citizens of the world.

"You can have a look at WADA documents revealing that more than 150 players were caught doping in 2015. The next year this number increased up to 200 athletes."

Like FIFA, WADA has subsequently responded to the leak, denying that the medical records had been obtained from a hack into their system.

"As WADA takes data privacy very seriously, the Agency immediately examined the information; and, was quickly able to determine that it is not housed in WADA's Anti-Doping Administration & Management System (ADAMS).

"Stakeholders can rest assured that ADAMS remains secure. We take this opportunity to reiterate that the TUE process is a means by which an athlete can obtain approval to use a prescribed prohibited substance or method for the treatment of a legitimate medical condition.

"The TUE program is a rigorous and necessary part of elite sport, which has overwhelming acceptance from athletes, physicians and all anti-doping stakeholders worldwide.

"This criminal activity undertaken by the cyber espionage group, which seeks to undermine the TUE program and the work of WADA and its partners in the protection of clean sport, is a clear violation of athletes' rights."