Eubank Jr: Mayweather v McGregor the fight of a lifetime 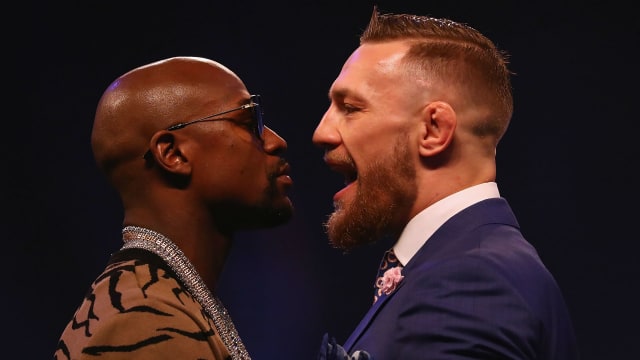 Floyd Mayweather Jr's fight with Conor McGregor has got the whole world talking, according to Chris Eubank Jr, and he cannot wait to watch the blockbuster bout on Saturday.

Mayweather has come out of retirement to put his unblemished 49-0 record on the line against UFC star McGregor, the pair going toe-to-toe in Las Vegas this weekend.

The fight has split opinion throughout the boxing world but Eubank - who has been training alongside the American in preparation for his own fight with Avni Yildirim in October - is very much in favour of the spectacle taking place.

And the IBO super-middleweight champion believes this fight will be the biggest of Mayweather's career, eclipsing his battle with Manny Pacquiao.

"It's been hectic man. Every day the gym is packed and everybody is holding their breath - nobody really knows what is going to happen," he told Omnisport.

Watching Floyd train over the last 3 weeks in my opinion he's in just as good condition as he was when I watched him train for Pacquiao. pic.twitter.com/ssEqoNGeHU

"A lot of people are sure Floyd is going to win, but it's the uncertainty of what Conor is going to do in that ring that's got people excited, worried, talking.

"Nobody really knows how this fight is going to play out.

"And that's why I believe numbers wise it's going to do even bigger numbers than Pacquiao because the hype, the theatre.

"This is literally a once in a lifetime fight out here and it's been an honour to be part of the last part of his [Floyd Mayweather's] training camp."