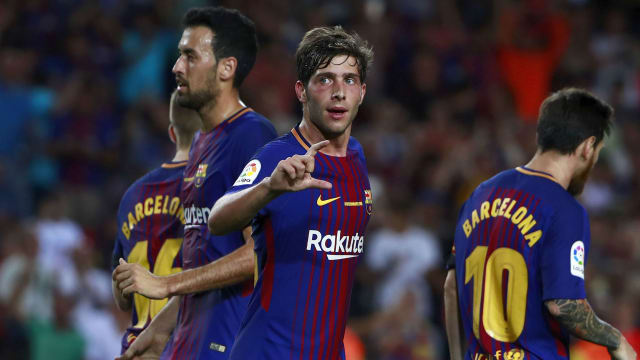 Sergi Roberto insists he is happy to remain at Barcelona after getting on the scoresheet in their opening 2-0 LaLiga win over Real Betis.

Roberto spent much of last season filling in at right-back after Barca failed to replace Dani Alves but he revelled in an attacking midfield role at Camp Nou on Sunday under new boss Ernesto Valverde, keeping his place following the Supercopa de Espana loss at Real Madrid.

Manchester United, Chelsea and Manchester City have all been linked with the versatile 25-year-old but Spain international Roberto is enthused about the immediate future at his boyhood club.

"I am happy as I was in Madrid. I felt comfortable and I played in my normal position," he said, as quoted by Marca.

"I started at the Bernabeu, the coach gives me confidence and I scored and I want to continue being an important player," he said.

"During the pre-season I did not start much but now in the official matches I am playing more."