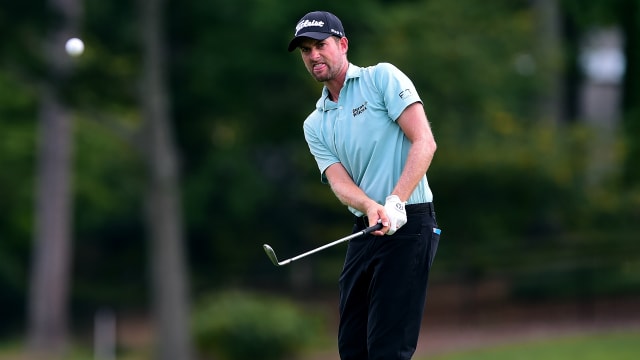 American duo Webb Simpson and Ryan Armour moved into a tie for the lead at the Wyndham Championship on Friday.

Simpson and Armour posted consecutive rounds in the 60s to move a shot clear after day two in Greensboro, North Carolina.

A day after Matt Every's 61, the overnight leader slipped down the leaderboard as Simpson and Armour took control at 13 under through 36 holes.

After an opening-round 63, @webbsimpson1 is picking up right where he left off. #QuickHitspic.twitter.com/M3PsBHT1MU

Simpson had eight birdies and a pair of bogeys at Sedgefield Country Club.

Armour, however, was the star of the show with his flawless nine-under-par 61.

Having watched Every almost break the course record, Armour went close too thanks to nine birdies at the PGA Tour tournament.

Swede Henrik Stenson remains a shot off the pace heading into the third round following his 66.

Every is six shots behind Simpson and Armour at the halfway stage after he shot a two-over 72.