Join the queue - McGregor responds to Malignaggi call out 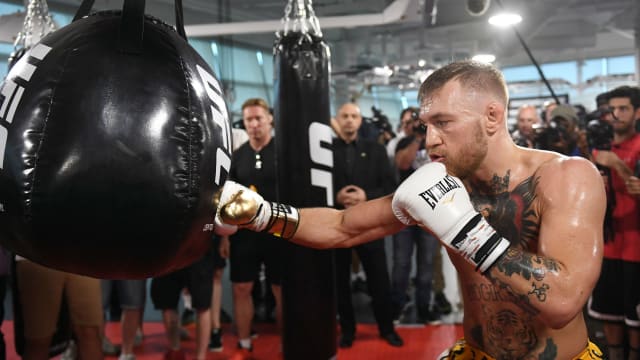 Conor McGregor has told Paulie Malignaggi to "join the queue" for a future bout after the former two-weight world champion stated his desire to fight the UFC star.

A war of words has erupted between Malignaggi and McGregor ahead of the latter's blockbuster clash with Floyd Mayweather Jr on August 26.

Malignaggi left the McGregor camp after a row over a sparring session, the American furious after pictures of him on the canvas were released on social media, claiming he had hit the deck after a push.

The former champion has called McGregor a "dirtbag" in the aftermath and claimed the Irishman "whimpers like a girl" when hit with body shots.

On Sunday, Malignaggi said he was ready to get into the ring with McGregor after his fight with Mayweather - providing he is not defeated comprehensively in Las Vegas.

And McGregor is more than keen to take the challenge, but insisted Malignaggi would have to wait his turn.

"He got his a** whooped and went sprinting.

"There's a big list of people that want to get in there and fight me, so tell him to join the queue and we'll see what happens after the [Mayweather] fight."