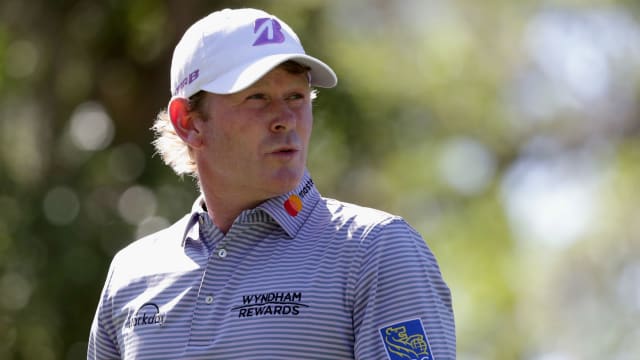 Brandt Snedeker has announced he will be absent from the PGA Tour for "an indefinite period of time" as he continues to battle an injury to his sternum joint.

Snedeker, an eight-time winner on the PGA Tour, has not played since June due to the issue, missing The Open and US PGA Championship as a result.

Having initially cited a rib problem as the reason for his lay-off, Snedeker provided further detail on Wednesday.

In a statement posted on his official Twitter account, the 36-year-old wrote: "I would first like to thank everyone for their well wishes over the last few weeks, it has meant a lot to me.

"Unfortunately, I have not progressed in my rehab like we would have hoped and therefore will be shutting it down for an indefinite period of time until I get back to 100 per cent healthy.

"My sternum joint has become unstable and does not allow me to hit a golf ball without pain. My medical team and I are looking into every option to get me back into playing as soon as possible.

"It pains me not to be out there on tour competing, but at this time my health needs to be my priority. Thanks again for all the support and I look forward to getting back on tour as soon as possible."