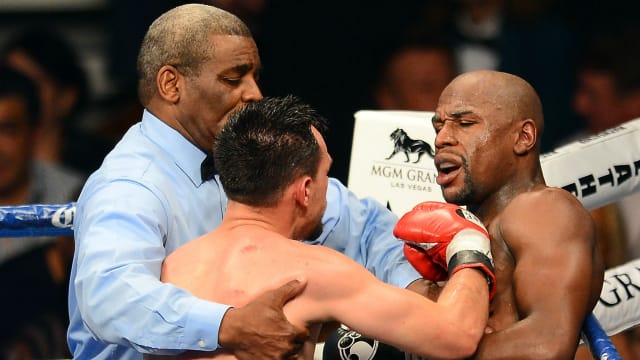 The referee for the blockbuster showdown between Floyd Mayweather and Conor McGregor has been named as Robert Byrd.

Byrd was confirmed as referee for the August 26 bout by the Nevada State Athletic Commission on Wednesday.

Burt Clements, Dave Moretti and Guido Cavalleri will serve as the judges at ringside at the T-Mobile Area in Las Vegas.

The highly experienced Byrd is a member of the World Boxing Hall of Fame and has officiated numerous high-profile fights, most recently the Andre Ward-Sergey Kovalev light heavyweight title bout last November.

He also officiated Mayweather's title bout against Robert Guerrero in May 2013.