Malignaggi: I'll fight McGregor unless he looks like dog s*** 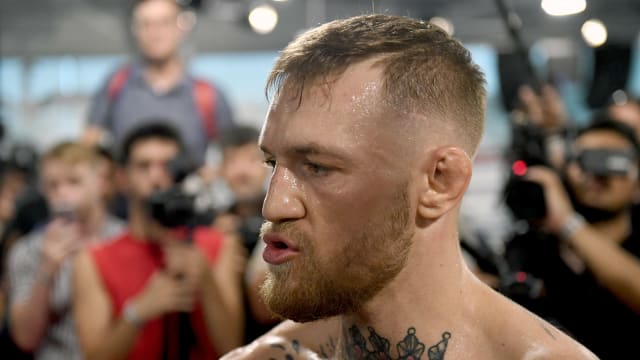 Paulie Malignaggi is keen to fight Conor McGregor and settle the bad blood between the two after he quit the Irishman's training camp ahead of his blockbuster bout with Floyd Mayweather Jr.

Malignaggi left the McGregor camp after a row over a sparring session, with the American furious after pictures of him on the canvas were released on social media, claiming he had hit the deck after a push.

But the former two-weight world champion would like to step into the ring with the UFC superstar again, providing the Irishman is not defeated comprehensively in the Mayweather fight on August 26.

"It's picked up a ton of momentum, the bad blood is there so let's fight," Malignaggi told The MMA Hour.

"We'll need to see how he looks against Mayweather. If he looks dog s***, no one will want to see us fight.

"As long as he doesn't get the living s*** beaten out of him, I think the demand is there to make the fight."

On the fall-out over the sparring session, Malignaggi said: "I showed up with the best intentions in camp, but at a certain point you realise that you are being used as a pawn where somebody is trying to get ahead at your expense and not through your help.

"I had no choice but to leave.

"If I never see him or speak to him for the rest of my life, it's cool."