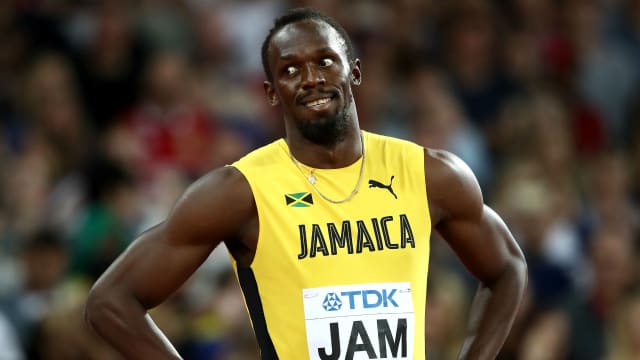 Usain Bolt will go down as one of the greatest athletes of all time, according to legendary West Indies all-rounder Joel Garner.

The Jamaican sprint superstar headed into the IAAF World Championships in London this month hoping for a golden farewell to a stunning career.

Alas, for Bolt, it was not a fairy-tale ending as he was forced to settle for bronze in the 100 metres final - won by the controversial Justin Gatlin - before he was struck down by injury and failed to finish his attempt to anchor Jamaica to gold in the 4x100m.

Regardless of those disappointments, Bolt's legacy will live on as he brings the curtain down on a career that brought eight Olympic titles and a further 11 at the Worlds.

And Garner, who played 58 Tests for West Indies as part of their all-conquering side in the 1970s and 80s, believes Bolt's longevity secures his status in the pantheon of sporting greats.

"When you look at it, 12 years at the top of anything is a long time and it takes a lot of dedication," Garner told Omnisport ahead of the first Investec Test between England and West Indies.

"He will go down as one of the greatest athletes of all time.

"I think he's a good inspiration and shows that if you're prepared to work hard and do all the right things and do it consistently you will make it to the top."