McGregor vows to become 'god of boxing' by stunning Mayweather 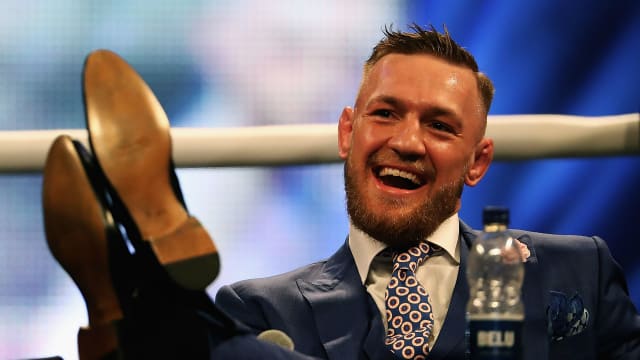 Conor McGregor has vowed to become "a god of boxing" by beating Floyd Mayweather Jr. in the "biggest fight of all time" this month.

UFC superstar McGregor will step into the ring in Las Vegas on August 26 for his first professional boxing contest against a great of the sport, who came out of retirement to put his perfect 49-0 record on the line.

Mayweather this week stated it will be a "victory" for McGregor if their lucrative grudge match goes the distance, but the brash Irishman said the 40-year-old pugilist is in for a shock.

"I have a game plan and I will execute it perfectly, like always," McGregor said. "I have been boxing my whole life so this is not a new experience for me.

"I will rule over MMA and boxing with an iron fist after August 26. The critics say that Floyd has been there before. They discredit my training, my skills, my accomplishments.

"This isn't new to me though, just like boxing isn't new to me. I am no stranger to being the underdog on paper. I am a seasoned veteran and I am confident that I am the better man. After Saturday, August 26, I will be a god of boxing."

McGregor warned Mayweather that he will be in for a rude awakening if he sticks to his word and goes on the attack.

He added: "The story of the fight will be waiting to see who takes a step back first. We all know Floyd is a great defensive boxer and he isn't going to keep coming forward like he says. If he does, it's going to be a quick night for me.

"This camp has been amazing. I'm getting better by the day, more alert, quicker. My weight is at a good place but I'm going to be a much bigger man than Floyd when we step in the ring for the fight and I think that makes a difference.

"It means the world to have fans travelling from Ireland and all over the world for this fight. This is the biggest fight of all time and we owe them a hell of a show."