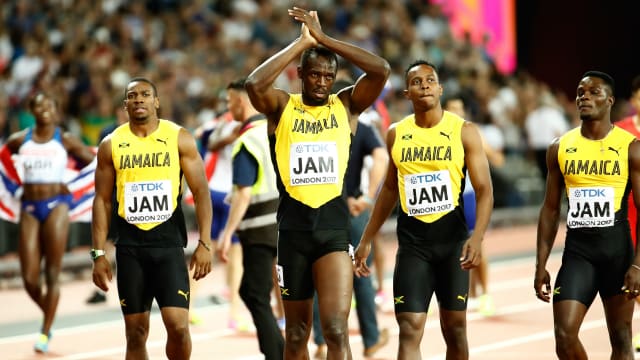 Jamaican icon Usain Bolt expressed his love for his fans after bowing out of athletics in unfortunate circumstances at the IAAF World Championships.

Having been forced to settle for a bronze medal in his final individual race - last weekend's 100m decider - a 12th World Championships gold was on Bolt's mind via the 4x100m relay but the 30-year-old's career ended painfully after he failed to finish.

Bolt fell to the ground and he was later diagnosed with cramp in his left hamstring, and as the curtains closed on a memorable journey, the eight-time Olympic gold medallist used social media to thank his supporters.

Thank You my peeps. Infinite love for my fans

In a photo uploaded to Instagram, Bolt wrote: "Thank you my peeps. Infinite love for my fans."

While all eyes were on Bolt, Great Britain claimed a shock gold medal in a time of 37.47 seconds, with the United States and Japan second and third respectively.