Coppa Italia: Bologna crash out, Cagliari through on penalties 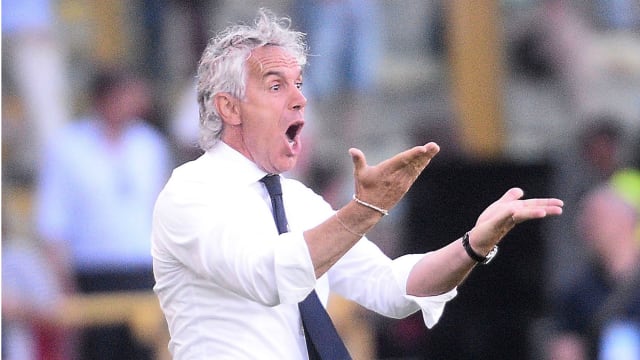 Bologna crashed out of the Coppa Italia with a shock 3-0 home defeat against Serie B side Cittadella.

Roberto Donadoni's side played the vast majority of the third-round tie with 10 men after Simone Verdi was sent off for an elbow in the fifth minute.

And it was game over by half-time, with Christian Kouame, Simone Pasa and Gianluca Litteri giving Cittadella a three-goal lead that they did not relinquish after the break.

Serie A newcomers Benevento are also out after losing 4-0 at home to Perugia, Alberto Cerri scoring a hat-trick. The hosts had Danilo Cataldi sent off when the deficit was just one.

There were no other upsets involving top-flight sides, with Cagliari, Chievo, Crotone, Sampdoria, Sassuolo, SPAL and Udinese all going through.

Cagliari's win over Palermo came on penalties, Massimo Rastelli's men winning the shoot-out after a 1-1 draw.