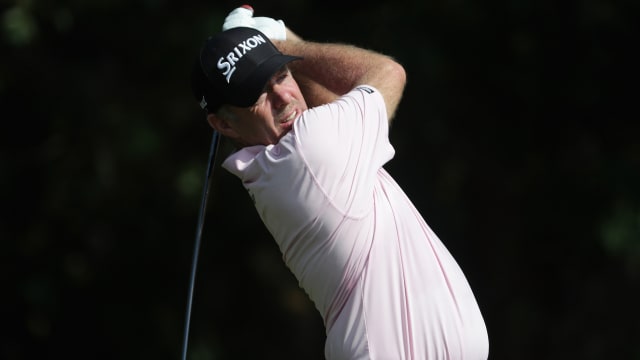 Rod Pampling was in a rush.

The horn had just sounded at the US PGA Championship when the Australian played one of the worst tee shots you will ever see at the ninth hole at Quail Hollow.

Pampling was certain to miss the cut and clearly wanted to complete his round before complete darkness arrived in Charlotte.