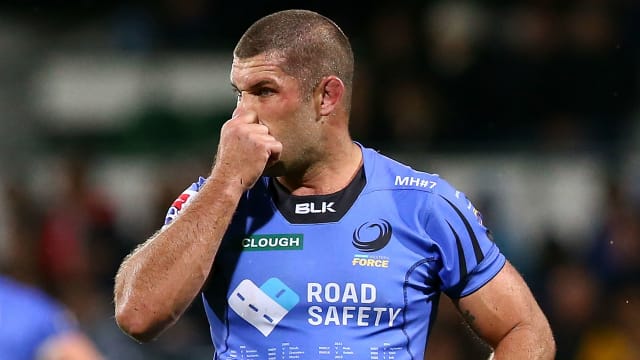 RugbyWA is considering New South Wales Supreme Court proceedings in a bid to save Western Force after the Australian Rugby Union (ARU) announced its intention to axe the franchise from Super Rugby.

Following an arbitration process, the ARU on Friday declared its intention to discontinue the licence of the Perth-based team.

Australia is required to sacrifice one of its five Super Rugby participants as the regional governing body - South Africa, New Zealand, Australia and Argentina Rugby (SANZAAR) - reduces Super Rugby from 18 teams to 15 in a bid to cut costs and safeguard the viability of the competition.

The ARU's decision means Melbourne Rebels, the other Australian team in the firing line, appear to have earned a stay of execution.

But Western Force will not go down without a fight.

"RugbyWA is considering all options including bringing urgent proceedings in the Supreme Court of NSW, and legal action relating to the circumstances which led it to enter in the Alliance Agreement with the ARU."

In announcing its intention to axe Force, the ARU said: "Our decision to exit the Western Force has been guided primarily by financial outcomes.

"As we have reinforced throughout this process, there are commercial realities which are linked to declining on-field performance across our Super Rugby teams which has put Australian rugby in a position where it can no longer sustain five teams.

"Our immediate concern is to support the individuals at the Western Force through these difficult circumstances and we will deploy various ARU management staff to Western Australia to provide assistance to all players and staff."