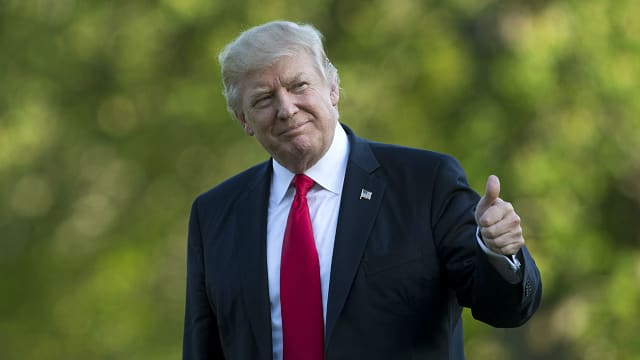 Will United States president Donald Trump be in the crowd for Floyd Mayweather Jr. and Conor McGregor's anticipated fight?

That is up to the president, according to Mayweather's business advisor, Leonard Ellerbe.

Mayweather will put his flawless 49-0 professional boxing record on the line against UFC champion McGregor in Las Vegas on August 26.

"I haven't personally invited the president, but I am told an invitation is out there," Ellerbe said on Thursday.

"Whether he comes or not we are going to have a great event."

Trump has a close relationship with UFC president Dana White, and he and wife Melania were present when Mayweather defeated Manny Pacquiao in 2015.

"Every A-lister wants to be involved in this fight," Ellerbe said. "There is tremendous interest from all kind of people."