Mayweather: McGregor has the edge over me 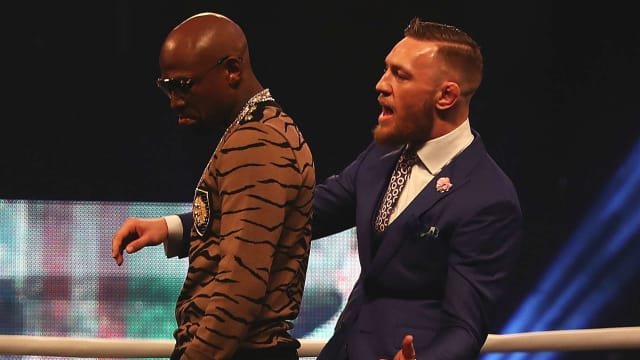 American veteran Floyd Mayweather Jr. believes UFC champion Conor McGregor has the edge over him on paper as the pair prepare to step into the ring.

Mayweather is coming out of retirement at the age of 40 to fight mixed martial arts star McGregor on August 26.

McGregor, 29, will step away from the octagon and into the ring against Mayweather, who is 49-0 in his career having not fought since 2015.

And Mayweather conceded he is not the same fighter he used to be ahead of this month's blockbuster showdown.

"He's a lot younger. When you look at myself and Conor McGregor on paper, he's taller, has a longer reach, he's a bigger man from top to bottom. He's a lot younger, so youth is on his side," Mayweather told ESPN.

"And I've been off a couple of years. And I'm in my 40s. So, if you look at everything on paper, it leans toward Conor McGregor."

"I'm not what I used to be. I used to have a 90 percent knockout ratio. It's obvious I slipped somewhere. Something has taken a toll on my career."

He continued: "I didn't say I couldn't fight. I just said I'm not the same Floyd Mayweather I once was."