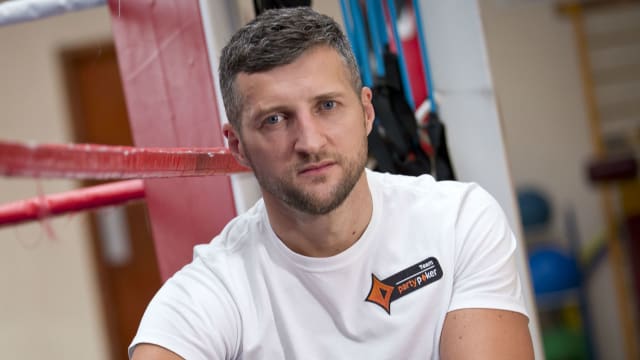 The consequences of losing to Conor McGregor could "mentally destroy" Floyd Mayweather Jr, according to Carl Froch.

An undefeated five-division boxing world champion, Mayweather is set to come out of retirement to fight UFC star McGregor in Las Vegas on August 26.

The eagerly anticipated bout is reportedly set to generate as much as $600 million, making it a lucrative payday for both men, but former super-middleweight star Froch, who hung up his gloves in 2015, feels McGregor is the man with nothing to lose.

"I think there's massive pressure on Mayweather," he told Omnisport.

"He's coming back and taking the chance. If it goes wrong, the consequences... will destroy him mentally.

"McGregor can go in there and relax. Mayweather is going to have to try and make something happen.

"If McGregor goes to land a shot he'll struggle.

"Mayweather is going to have to be offensive and aggressive also. It's the whole unknown is why everyone wants to go and see it. It's going to change the game, hopefully for the better and not the worst."

Although the concept of a mixed martial artist fighting one of the world's best in what is the Irishman's first professional boxing match has been criticised in some quarters, Froch claimed the fact Mayweather has not competed since beating Andre Berto in September 2015 may afford McGregor a chance.

"I can understand why people say it's a bad for the sport... you just can't see a guy who has never laced up his gloves and stepped into a boxing ring take on any decent boxer, yet alone Floyd Mayweather," he said.

"Mayweather has beat top, top boxers who McGregor wouldn't stand a chance against. On paper and whatever [way] you want to look at, no one gives McGregor a chance.

"He's fighting a young, hungry fighter. McGregor doesn't seem to be wired up right, I mean, let's be honest, but he is a PR marketing machine.

"I think he can give Mayweather trouble but I think Mayweather wins and I think he better win, because if he doesn't, he is letting boxing down.

"I think he's 41 now and only because he's fighting a mixed-martial artist he should win. It's a two-horse race, McGregor is young and hungry, so he'll bring something different to the ring.

"McGregor may have that element of surprise, so you never know, but the longer the fight goes on, you expect Mayweather to suss him out.

"I think it will get easier for Mayweather. I think [where] McGregor will struggle is physically and technically.

"On the flip side, McGregor can punch and Mayweather has been out of the ring for two years.

Carl Froch is a partypoker ambassador, play POWERFEST this September for a share of $35million guaranteed at partypoker.com