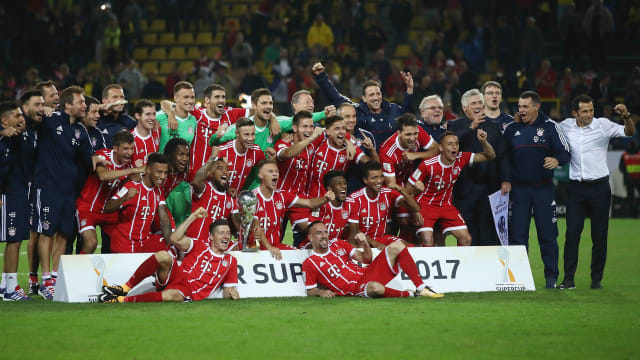 Former Bayern Munich captain Stefan Effenberg believes Neymar's EUR222million switch to Paris Saint-Germain shows the Bundesliga champions are falling behind their European rivals, claiming he would not be surprised if the club does not win the Champions League in the next 10 years.

Bayern, meanwhile, broke their own transfer record in June with the acquisition of Corentin Tolisso from Lyon for the more modest fee - by current standards, at least - of EUR41.5m.

The Bavarians were last crowned kings of Europe in 2013 but Effenberg says Bayern will have to start competing with the continent's top clubs financially if they have designs on further Champions League glory.

"It will not be easy for Bayern - quite the contrary," Effenberg told T-Online. "You see how other teams are improving when EUR222m is invested in Neymar.

"Paris are certainly now among the favourites for the Champions League. They are hungry and have other options.

"If [Bayern president] Uli Hoeness then publicly says 'no, we are not ready to pay' - but what's happening continues - then the gap between these clubs is growing."

Asked whether he would be shocked if Bayern did not win the Champions League in the next decade, Effenberg replied: "No, I would not be surprised.

"This is a result of the release clauses that are paid.

"You have Paris, Barcelona, Real Madrid and also the English clubs with their possibilities.

"If Bayern do not do it, the gap is going to get bigger and bigger. And it's already big now."