Canelo would consider fighting McGregor if he beats Mayweather 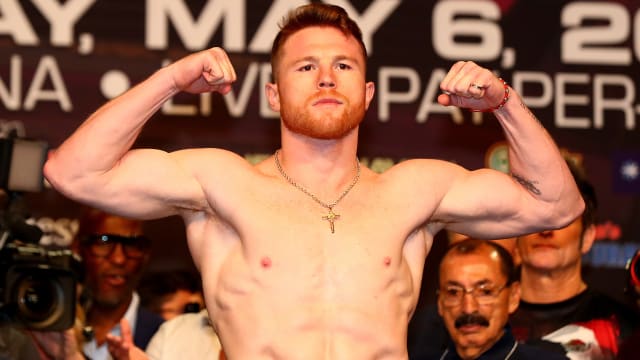 Many believe that Floyd Mayweather is going to dominate Conor McGregor during their blockbuster bout, but if the latter does happen to win, he could have another boxer lining up to fight him.

Mexican star Saul 'Canelo' Alvarez - preparing to step into the ring with Gennady Golovkin - said he might be willing to fight McGregor, but only if he is able to beat Mayweather on August 26.

"If that miracle was to happen, then we have a conversation," Alvarez told Fansided.

"If that miracle were to happen, but I doubt it very much that Conor beats Floyd."

Alvarez would know a thing or two about trying to beat Mayweather. The only time he has lost in his 51 career matches was against the undefeated American in September 2013.

Even if McGregor agrees to fight another boxer, do not expect a miracle Alvarez bout to happen any time soon.

Alvarez has been preparing for his fight against Golovkin, scheduled for September 16.