Tigers sign England ace May as Slater heads to Gloucester 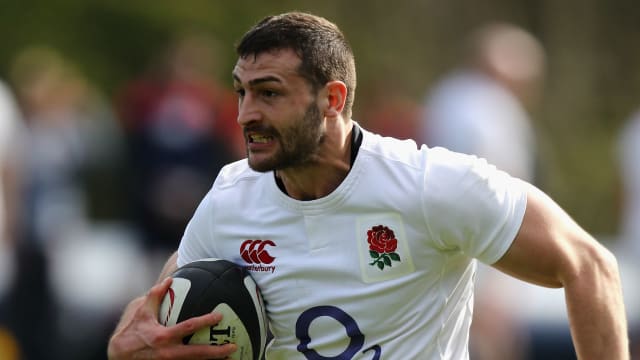 Leicester Tigers have bolstered their wing options with the signing of England international Jonny May in a deal that sees Ed Slater move in the opposite direction to Gloucester.

The Tigers have reportedly paid a fee to buy May out of his contract at Kingsholm and he arrives in Leicester with an excellent scoring record.

May registered 62 tries in 138 matches for Gloucester, with 41 of those coming in the Premiership, while he has nine in 27 appearances for England.

It marks another statement of intent from Leicester after they re-signed fly-half George Ford from Bath ahead of the new season and May joins a the likes of Ben Youngs, Manu Tuilagi and Matt Toomua among the Tigers' backs.

"We are absolutely delighted to add to the quality of our backs with the signing of Jonny May," head coach Matt O'Connor told the Tigers' website.

"Jonny is a proven international and has played a lot of rugby at Premiership and Test level and will add a lot of experience to the squad.

"He is an out-and-out finisher with an outstanding try-scoring record and I think he is a fantastic addition to the group."

Second-rower Slater racked up 96 appearances for the Tigers and departs Welford Road with a Premiership title to his name from the 2012-13 season.

O'Connor added: "Ed has been a fantastic servant to the club. He arrived as a young man and worked incredibly hard to put himself in the frame for England and to become club captain. We wish him all the best."

The Tigers, who also signed forwards Valentino Mapapalangi and Chris Baumann on Monday, finished fourth in the regular-season last term and were beaten in the Premiership semi-finals by Wasps.