Conor McGregor "whimpers like a girl" when he is hit by body shots, according to his former sparring partner Paulie Malignaggi.

The retired boxer quit as McGregor's sparring partner on Friday after photos of their sessions were leaked on social media, with the Irishmen preparing for his much-publicised fight with Floyd Mayweather Jr.

And in a string of tweets, Malignaggi hit out at UFC star McGregor's ability in the ring ahead of the super-fight. 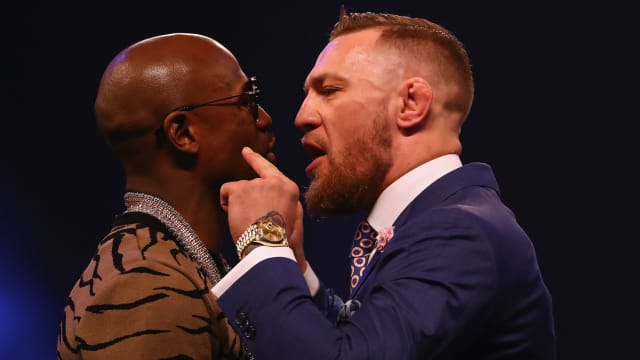 "This coming week I'll actually start to discuss a bit what happened [on] Tuesday, he whimpers like a girl when he gets ripped to the body," Malignaggi wrote.

"I won't speak tactics of his, that I wouldn't do, I still have some ethics I'm not Conor but def[initely] will give the story straight about stuff."

Yea but this coming week I'll actually start to discuss a bit what happened Tuesday, he whimpers like a girl when he gets ripped to body lol https://t.co/lfcuILlubJ

Malignaggi added he regretted sparring with McGregor and claimed that he was not paid for the experience.

McGregor is due to face unbeaten fighter Mayweather at the T-Mobile Arena in Las Vegas on August 26.