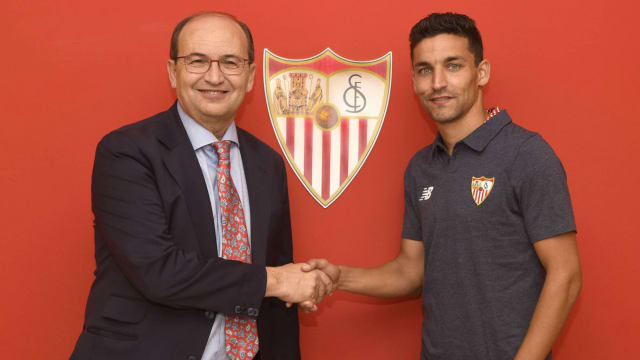 Jesus Navas has secured a return to Sevilla on a free transfer having been released by Manchester City at the end of last season.

The Spain winger joined City from Sevilla in 2013 and won the Premier League and two EFL Cups during his four years at the Etihad Stadium.

But he is now back at the Ramon Sanchez Pizjuan after agreeing a four-year deal, with Sevilla confirming his return in unusual fashion.

The club posted a video on Twitter of Navas becoming the victim of a faked 'kidnap', bundled into the back of a car with a bag over his head before being driven to the stadium.

Navas first joined Sevilla as a 15-year-old, making his debut in November 2003 - the first of 393 appearances.

He will be presented to the media on Wednesday.