McGregor and Malignaggi sparring got 'out of hand'

Conor McGregor and Paulie Malignaggi had to be told to calm down after a sparring session between the pair got "out of control".

Malignaggi, a two-weight world champion who ended his boxing career this year, has joined McGregor in the UFC superstar's training camp as he steps up his preparation for the blockbuster fight with Floyd Mayweather Jr next month.

Esteemed referee Joe Cortez was in the ring to officiate and it was just as well, as McGregor and Malignaggi were not holding back. 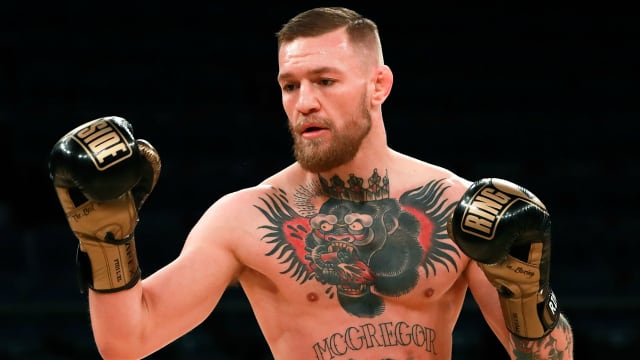 "It was the real thing, I had to stop the action, say 'you guys are a little out of control here, you've got to stop this'. You know, they got a little rough," he told RUSH 93.

"They were both roughing each other up and I had to stop the action like it was a regular fight.

"They were holding too much - they were trying to punch each other.

"So I had to call 'time, alright guys you've got to stop this right now, I want a good, clean round - give me a sportsmanlike conduct you understand?'"

McGregor and legendary boxer Mayweather will do battle at the T-Mobile Arena in Las Vegas on August 26.