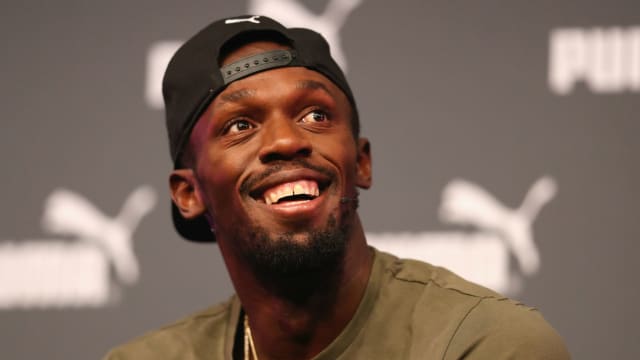 Usain Bolt says he is "fully confident and ready to go" as he prepares for his swansong at the IAAF World Championships in London.

The superstar Jamaican sprinter is set to bow out of athletics following the championships, bringing to an end one of the greatest careers the sport has ever known.

Bolt has eight Olympic gold medals to his name and an astonishing 11 world titles, in addition to the fastest times over 100m and 200m.

At the age of 30, he has opted to call time on his career, but Bolt insists he is more motivated than ever to claim one final victory this weekend.

"I'm ready, I'm always ready," he told a media conference. "I am excited when I get to a championships, really excited, I am looking forward to it.

Six men have run faster 100m times than Bolt in 2017, but the reigning world champion added: "I strive on competition, I want people to run fast so I can prove I am the best. It's what I do. For some reason I'm the underdog, so I've got to prove myself once more.

"The last race I ran was a 9.95 [seconds] which shows I'm going in the right direction. I'm going forward. I'm not worried.