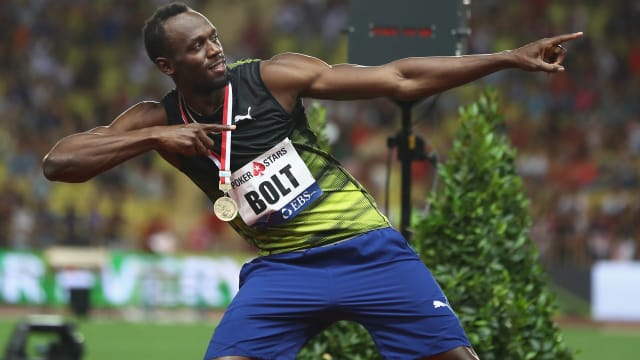 Bolt, 30, will bring his stellar career to a close at the 2017 IAAF World Championships, having won eight Olympic gold medals and 11 world titles.

The Jamaican is sure to be remembered as one of the greatest sportspeople of all time and Coe hailed the sprinter, comparing him to champion boxer Ali.

"Other than Muhammad Ali in my sporting lifetime, I can't think of anybody that has so had an impact inside or beyond their sport.

"When you're sitting there, you can have the Friday night conversations in the pub about who's the best football player or tennis player, we can have arguments about Pele and [Diego] Maradona or [Roger] Federer and - going back a few generations - Rod Laver.

"But there's no argument about this guy in sprinting. He is the best sprinter of all time.

"What we're going to miss is not the possible improbability in the near future of someone winning three Olympic Games back to back or breaking a clutch of world records, it's the personality. We do want athletes with personalities.

"In the world of slightly processed sporting characters, it's nice to have somebody that fills a room and fills a stadium.

"We could've been having these conversations in the 1970s about Muhammad Ali, you're not going to replace Muhammad Ali. But great athletes come along.

"There's probably more of a pressure on us now, within the IAAF now and within the federations as well, to figure out how we are smarter about recognising and building up profiles of great athletes out there. That's probably going to be a major priority for us."

Bolt won the 100 metres at three consecutive Olympics, setting his world-record time of 9.58 seconds at the 2009 World Championships in Berlin.