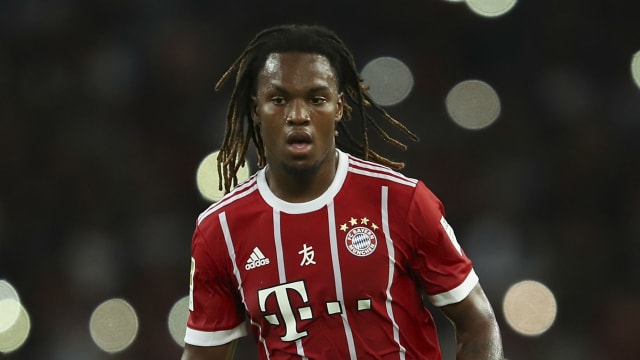 Sanches is expected to leave the Bundesliga champions after struggling for playing time in his first season at the Allianz Arena following a EUR35million move from Benfica.

Bayern have indicated the teenager will only be allowed to depart on loan, however, after he impressed in an International Champions Cup win against Chelsea.

Milan are among a string of clubs to have been linked with a move for Sanches and Joao Mario - whose Inter side beat Bayern 2-0 this week - believes the San Siro is the best place for his compatriot.

"We talked on Thursday, after the game," he said to Gazzetta dello Sport. "He is young and he wants to play, I understand that.

"I told him that if he goes to AC Milan he'd join a big club and I'd have one more friend in Milan."

Miss the action yesterday? Check out our highlights package of #FCBINT 0-2!  #InterSummerTour#ForzaInter#FCIMpic.twitter.com/stXVdToGo9

Inter won all three of their ICC matches to claim the title for the Singapore leg of the competition but Joao Mario insists talk Luciano Spalletti's side could challenge for the Scudetto is premature.

"It makes no sense to talk about the Serie A title," he said. "Juventus are the favourite team, followed by Roma and Napoli.

Joao Mario only scored three league goals in his first season at Inter and the 24-year-old is hoping to boost his tally by learning from the example set by Roma midfielder Radja Nainggolan and Napoli captain Marek Hamsik.

"Nainggolan and Hamsik are my role models," he said. "They create many goal chances, they score lot of goals and I have to improve in front of goal.

"I hope I will go the extra mile with Spalletti, many midfielders have really improved after working with him, I hope the same will happen with me."