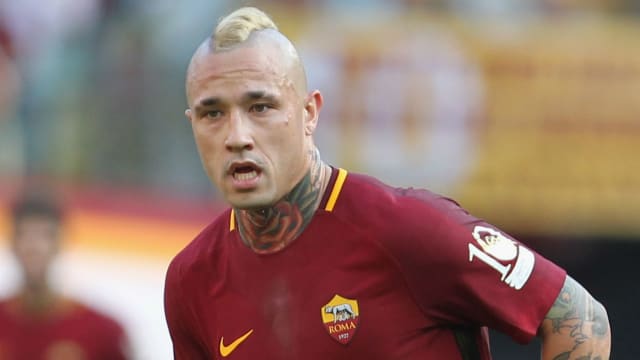 Captain De Rossi extended his deal with the capital city club in May after several weeks of speculation suggesting that he could seek a new challenge for the final few years of his career.

Nainggolan, meanwhile, was heavily linked with Inter and Manchester United before putting pen to paper on a new four-year contract this week.

The Giallorossi have seen key players including Mohamed Salah, Antonio Rudiger and Leandro Paredes sold in the transfer window and Strootman is delighted that two of the club's leading midfielders did not join them in leaving the Stadio Olimpico.

"I am happy that Nainggolan and Daniele De Rossi stayed at Roma," he told Sky Sport Italia.

"Daniele is our captain, while every club in Europe wanted Radja, but he stayed here and we are happy about that. Roma did a great job by keeping them and we're stronger because of it."

Roma face Juventus in the International Champions Cup in Massachusetts on Sunday.

WATCH  Goals, tackles, assists ... and haircuts?! @OfficialRadja really can do it all...