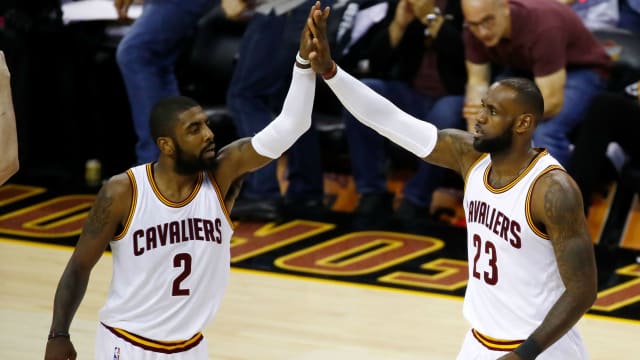 LeBron James took to Twitter on Tuesday to refute the claim he would be "tempted to beat Kyrie Irving's ass" after the Cleveland Cavaliers point guard reportedly requested a trade.

Speaking on his podcast, ESPN's Stephen A Smith cited sources in the James camp as outlining the anger of the 32-year-old towards his team-mate.

"I had sources in LeBron James' camp literally tell me and I'm quoting, I'm quoting...if Kyrie Irving was in front of LeBron James right now LeBron James would be tempted, quote, 'to beat his a**,'" Smith said

In a tweet featuring a link to Smith's quotes, James wrote: "#NotFacts people! Boooo!! Get another source #EnjoyingMySummer #YouDoTheSame."

Last week, Irving's agent refused to confirm or deny whether the player had asked to be traded from Cleveland.