Tyson: McGregor is going to get killed fighting Mayweather

"Conor McGregor is going to get killed boxing." That is the view of former heavyweight champion Mike Tyson ahead of next month's blockbuster showdown with Floyd Mayweather Jr.

UFC champion McGregor will step out of the octagon and into the ring to fight unbeaten boxer Mayweather in Las Vegas on August 26.

Many have weighed in on who will win the hyped fight and now Tyson has voiced his opinion as Mayweather puts his perfect 49-0 record on the line against the unproven Irishman. 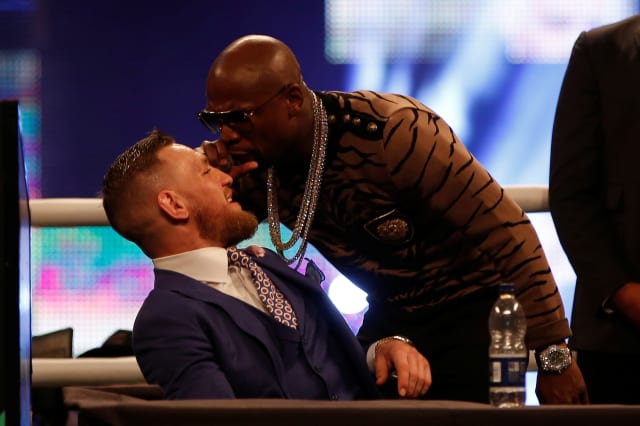 "McGregor is going to get killed boxing," Tyson told Barstool Sports on Monday. "Boxing? I got mad because I thought they were going to use MMA rules against boxing because that's what it's all about: Can the boxer beat the MMA guy?"

Part of the stipulations for the fight is that it would be purely boxing -- McGregor would not be allowed to use MMA rules and would have to follow the boxing guideline.

Tyson continued: "[McGregor] put his dumb ass in a position where he's gonna get knocked out because [Mayweather has] been doing this all his life since he was a baby. [McGregor] can't kick and grab and stuff ... He's not going to stand much of a chance."

Despite Tyson's little faith in McGregor's abilities as a boxer, he did concede that the 29-year-old is extremely entertaining and that the match will be worth watching.

"Conor is a character. Floyd has never met a character like this," Tyson said when talking about McGregor calling Mayweather "boy" during the fight's promotional tour.

"I want to say hey, it's disrespectful, but it's so funny I can't."