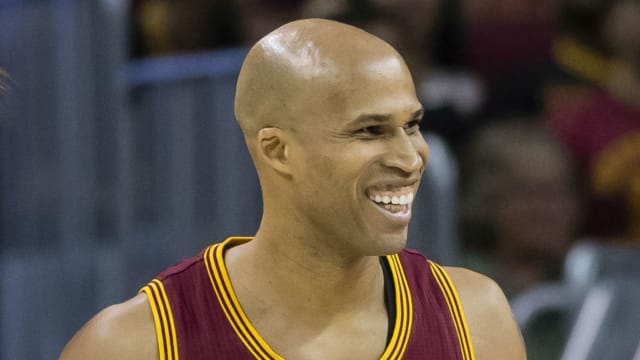 When news broke on Friday that Irving wanted to be traded away from the Cavaliers so he would not be under LeBron James' shadow, it took the sports world by storm.

But fellow Cavalier Jefferson said he understands why Irving wants to move on, and that it is not an insult to James nor the Cavaliers.

"I think Kyrie is a hyper-intelligent kid," Jefferson said on his Road Trippin podcast on Monday.

"Really, really smart. Doesn't get enough credit for how smart he is, and I think seeing that the franchise is in flux. I think seeing [David Griffin] leave and the amount of coaches ... I think Kyrie has had a much tougher time in this stretch of the organisation than anyone ever wants to ever really fully [recognise].

"He's the number one pick right after LeBron [left for the Miami Heat in 2010], then he has three different coaches, then LeBron comes back, now there's trade rumours, now it's 'LeBron's leaving.' It's like at some point in time, anybody would want some sort of stability."

Tyronn Lue is actually the fourth coach who Irving has been under since 2010.

In just the past month, the Cavaliers lost the NBA title and Griffin "parted ways" with the team.

Now Cleveland have promoted Koby Altman, who was an assistant under Griffin, to general manager.

As to whether there is any tension between James and Irving, Jefferson said that could not be further from the case.

"I think Kyrie knows how important he is to our team," Jefferson said.