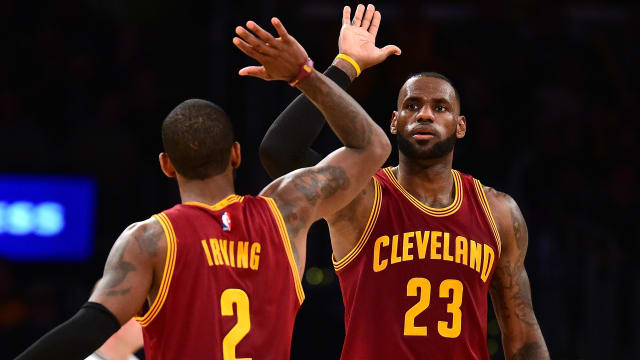 The Cleveland Cavaliers have promoted Koby Altman to the role of general manager, team owner Dan Gilbert announced on Monday.

Altman had held the post of assistant general manager under former Cavs GM David Griffin, whose contract was not renewed last month.

Altman had been serving as interim GM following Griffin's departure.

"Over the past month, Koby Altman has led our front office group through this transition period, impressing many inside the franchise and outside the organisation, as well," Gilbert said.

"We are very excited that he will now be officially leading the basketball side of our franchise. Koby has the credentials, knowledge, experience and instincts to be an outstanding general manager.

"In addition to these positive attributes and outstanding relationships around the league, Koby will inspire and impact the best possible culture throughout the organisation.

"We are going to see a capable and passionate leader who will also cultivate new ideas and innovation. The speed of the game is ever faster on the court and in the front offices around our league. I am confident that Koby is equipped and prepared to lead and succeed in this dynamic environment."

Altman steps into a proverbial minefield in the Cavs front office.

Not only are expectations high, coming off three straight NBA Finals appearances and a championship in 2016, but he has got numerous looming personnel situations.

The biggest, of course, is the potential free agency of LeBron James in 2018.

To make matters more difficult, point guard Kyrie Irving is reportedly seeking a trade. The Cavs have no cap flexibility, as they have tied up several role players to lucrative long-term deals.

Altman originally joined the Cavaliers as pro personnel manager in 2012 and the Cavs promoted him to director of pro player personnel in September 2013. He became assistant GM prior to last season.