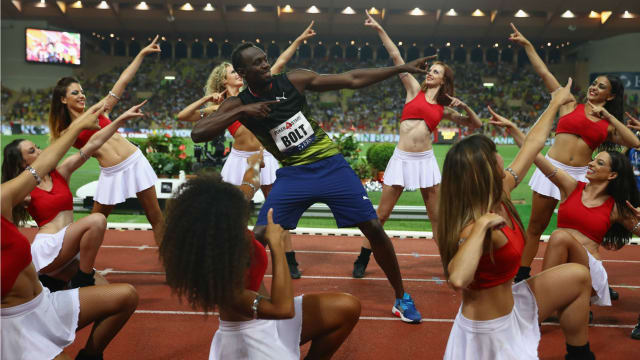 Failure is not an option for Usain Bolt when he arrives in London for the final chapter of his glittering athletics career next month.

The Jamaican sprint superstar will race for the final time at the IAAF World Championships and retire as an icon of world sport.

Bolt has openly admitted to struggles with motivation over the past two years but says the 2016 Olympic Games and the prospect of ending his career on a high have kept him going.

The eight-time Olympic gold medallist also remains driven by greatness and is determined not to let his fans down when he makes his final competitive appearance at London Stadium.

"Last season was a rough season for me, just finding motivation to go on," he said. "But I kept reminding myself last year that, if I want to be one of the greatest, I have to show up at the Olympics and defend my titles.

"So this season, pretty much the same. [There are] days that I just don't want to go out there. I have to keep reminding myself that, listen, this is your last goal and there's no way you can show up at the big stage and lose.

"For me, I'm working my hardest. [There have] been ups and downs as always in my season, but I'm trying to fight on, push on and try to go out there and give the people a good show."

Bolt clocked a season's best time of 9.95 seconds at the Diamond League event in Monaco on Friday and added: "This is my last race, so this is the point where I need to win.

.@usainbolt, it's been a pleasure. Thanks for signing off in style at #MonacoDL! #DiamondLeaguepic.twitter.com/rXgC3QwOAM