McGregor will go down as greatest fighter in history - Attar 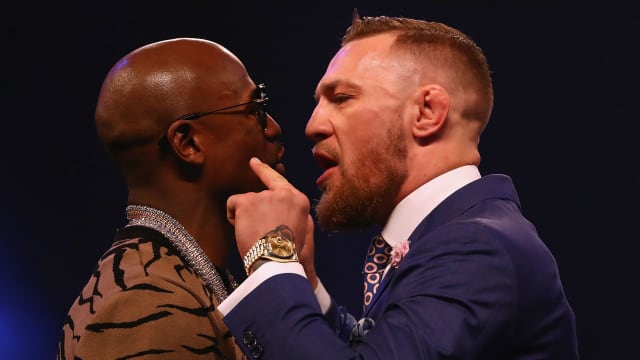 Conor McGregor will prove everybody wrong against Floyd Mayweather Jr and go down as the "greatest fighter in history", his manager Audie Attar has said.

McGregor and Mayweather recently finished a tempestuous press tour in which the two repeatedly traded insults ahead of their blockbuster Las Vegas bout on August 26.

UFC superstar McGregor is a heavy underdog against Mayweather, who is putting his perfect 49-0 boxing record on the line against the Irishman.

But Attar has complete faith in McGregor, who he expects to go down in legend by handing Mayweather his first professional loss.

"We've just got six weeks until August 26 and the greatest fight in combat sports history ever," Attar told The Independent.

"I tell you, when Conor goes out there and proves everybody wrong, he will no doubt go down as the greatest fighter in history."