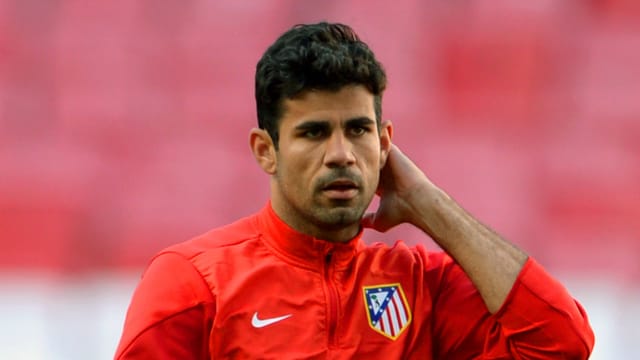 Spain international Costa is surplus to requirements at Stamford Bridge, despite firing the Blues to the Premier League title with 20 goals in 35 games last season, while he and Antonio Conte were reported to have fallen out over Chelsea's refusal to sanction a move to China last term, with relations soured further by the Italian informing Costa he could leave via text message.

Costa posted an Instagram video this week of himself partying in his old Atletico shirt, telling his followers to "give Conte a hug"

But Cerezo played down claims that Atletico - subject of a transfer ban that prevents them from registering players until January - were ready to bring Costa back to the club, where he scored 64 goals across 134 games across two spells.

"Costa is a Chelsea player at the moment, and you know for a long time now that we cannot sign anyone," Cerezo told AS.

"[Costa's Instagram] shows that pyjamas come in all different colours. Everyone can put on whichever ones they want.

"Diego is a magnificent player, a great player, he was in Spain for many years. He has had a good spell in England, learned English, English customs. He will return to Spain someday... on holiday. Madrid is a lovely place to visit, if you have the money to enjoy it."