Curtains for Cirstea in Bucharest, long-awaited win for Schnyder 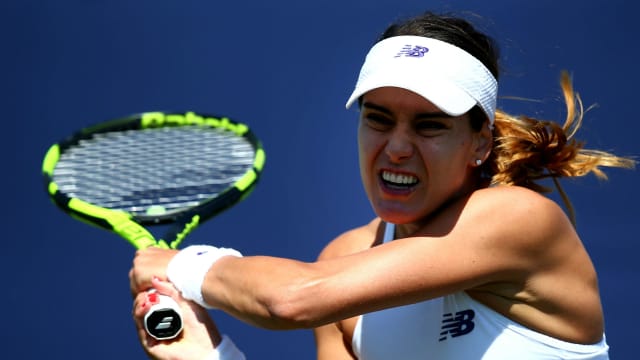 Sorana Cirstea suffered a surprise first-round exit in the Bucharest Open at the hands of compatriot Ana Bogdan on home soil, while Patty Schnyder claimed a first WTA main draw win for five years in the Ladies Championship Gstaad.

Cirstea bowed out of Wimbledon with a third-round loss to eventual champion Garbine Muguruza and there was no happy homecoming for the sixth seed, who was beaten 6-4 6-2 by world number 108 Bogdan.

Bogdan is ranked 55 places below Cirstea, but the favourite racked up seven double faults and never recovered from losing the first five games of a match in which she was broken five times.

Top seed Anastasija Sevastova wasted no time in seeing off Jana Cepelova 6-2 6-0, while Irina-Camelia Begu reached round two in her homeland by beating Ivana Jorovic 6-4 6-1.

Third seed Julia Goerges fought back from a set down to oust Alexa Glatch, while Elena-Gabriela Ruse and Alexandra Dulgheru are among the women still flying the flag for Romania.

Veteran Schnyder had a Tuesday to remember in her homeland, saving match points to beat Amra Sadikovic 6-4 6-7 (7-9) 7-6 (8-6) in an all-Swiss first-round encounter.

Former world number seven Schnyder was granted a wildcard and the 38-year-old, who made a comeback last year, savoured a long-awaited Tour victory after coming through a gripping contest.

Top seed Caroline Garcia was a 7-5 6-1 winner against Elitsa Kostova and Anett Kontaveit also made it through, along with the likes of Viktorija Golubic and Johanna Larsson.