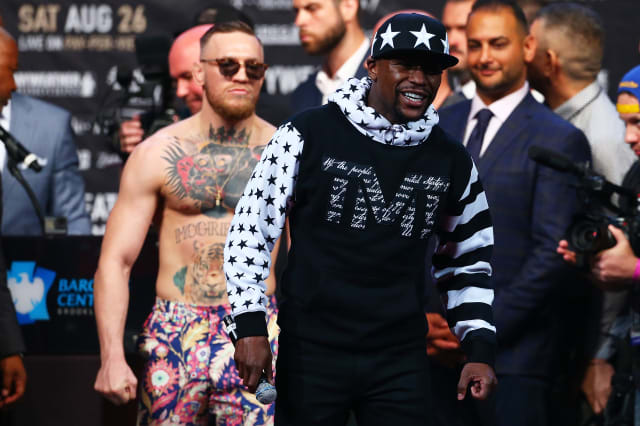 Floyd Mayweather Jr claims Donald Trump and Barack Obama could be among a "star-studded" audience for his superfight with Conor McGregor.

Mayweather and McGregor continued to draw the crowds when they took their press tour to New York on Thursday, increasing the hype as they prepare to step into the ring in Las Vegas next month.

According to legendary boxer Mayweather, both the current and former United States presidents could be ringside at the T-Mobile Arena on August 26.

Mayweather said he has been inundated with requests for tickets, not only for the bout itself.

UFC president Dana White this week said Trump is 100 per cent keen to be at the fight, but is unlikely to be there.

"They called me yesterday and I don't think they're going to come," White said.

"Secret service is going to have to go through the place. They'll have to shut down streets and create crazy traffic."